The Element Within (Processing Java) 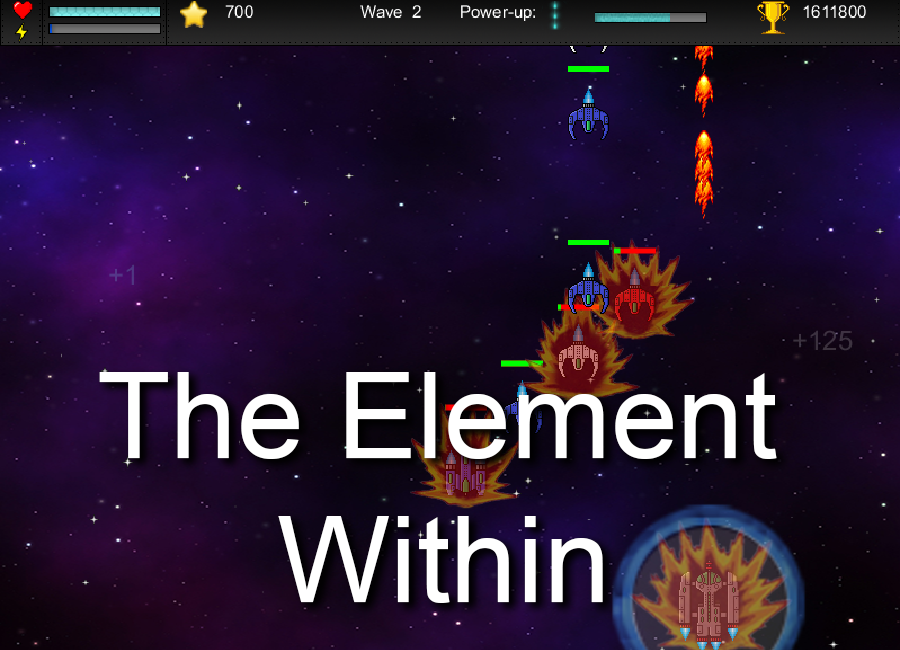 The game is a simple space shooter game. In this game you take control of a spaceship that can shoot elemental type bullets. You start with a fire bullet that burns your enemies over time. The further you progress the more elemental bullets become available. For now you can only have 4 types of bullets. The goal of the game is to get a score score as high as possible as the game is endless, but gets progressively more difficult.


My contribution to this game was pretty high since I was the only one with the most programming experience. But I still insisted to work on background stuff so other people could learn and make the gameplay itself. I still helped them and created most of the template around the game so they could work on it.