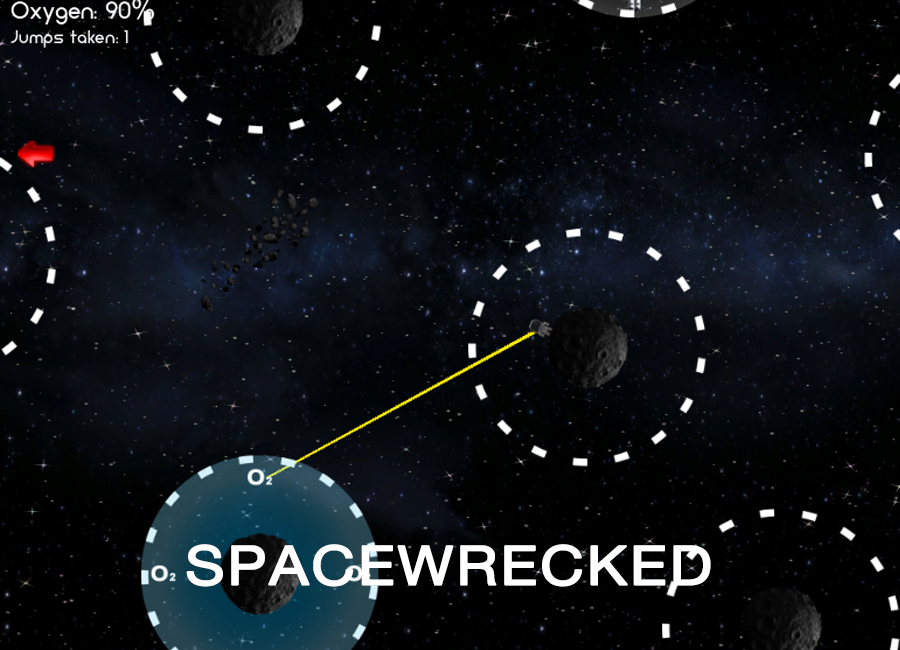 Play the game or check a code sample!

Mozilla Firefox or Internet Explorer is required in order to play.

The goal for the player is to let the astronaut jump from asteroid to asteroid and eventually on to his ship, so he can escape the asteroid belt. Note that each asteroid has a gravitational pull which basically pulls the astronaut towards the asteroid. The player can use this ability for their advantage or it can become a hindrance. The astronaut also has a limited amount of jumps, because each time the astronaut jumps he loses a bit of his oxygen. When he wastes it all, well you can guess what happens then.

While designing the core mechanic (angry birds style aiming), I came to the conclusion that it would be far too time consuming to create and design it. So I changed the way the core mechanic works. It now looks like this:

This version is a more refined version than the previous one. Better gravity around the asteroid, better jumps, better collision detection etc. It's a version with many tweaks. In this version I changed the way the aiming system works. I made it clearer where the astronaut will jump to and added a help text to let the player now that he or she needs to hold the left mouse button to charge. See the new aiming system below: 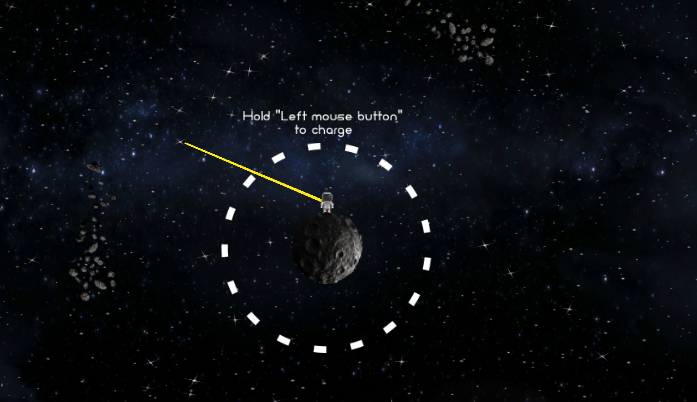 As you can see in the picture above, the yellow line displays where the astronaut will jump to. The help text disappears after the first jump, preventing irritation by displaying every time. In this version I also included a one-time use jetpack powerup. This allows the player to jump once while floating in space. It can help the player in a difficult situation or helps him/her not to die.

This version also includes a navigation guide. This is displayed by a red arrow on the screen pointing towards the ship. This can help the player navigate and see where he or she needs to go.

To test my prototype, I asked my dad to test it. Watching him play the game, I noticed that he struggled with the jumping mechanics. However, after playing the game a couple of times he got the hang of it. He did say that he missed a powerup or something similar, for example something that would give the astronaut more oxygen to perform more jumps. The possibility of this powerup mechanics already crossed my mind, but after his feedback I decided to implement it. Now some of the asteroids have a blue circle around them. When the astronaut lands on an asteroid with a blue circle it gives him more oxygen.

In the previous versions you had to pick up jetpacks by exactly landing on them. This made it very difficult to acquire jetpacks. Jetpack pickups are no longer displayed as single images, instead they’re now shown as grey circles around an asteroid. When the astronaut lands on such an asteroid he gets rewarded with a jetpack. I also added space ruble as an obstacle. This forces the player to think outside the box. How will he get around this obstacle? By using the gravity of an asteroid? Or bounce against it? 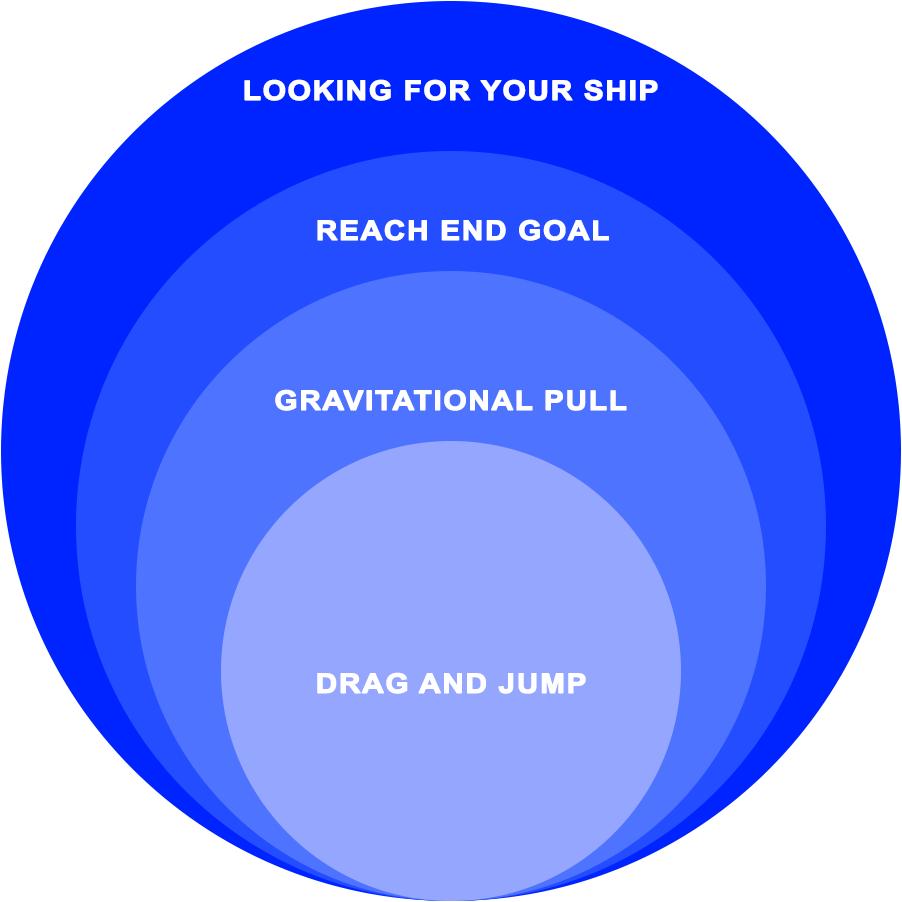